Celerie Kemble shown above with style board

In need of some­thing that can instan­ta­neously change the look of any room with just a quick trip to your uphol­sterer? (Or a couple of free week­ends if you’re daring enough to take on the chal­lenge without pro­fes­sional help) Fabric is every designer’s go to for this reason exactly. The sheer amount of pos­si­bil­i­ties that exist, matched with varying price points, make it a staple that once found in the right pat­tern (this can be the most daunting t 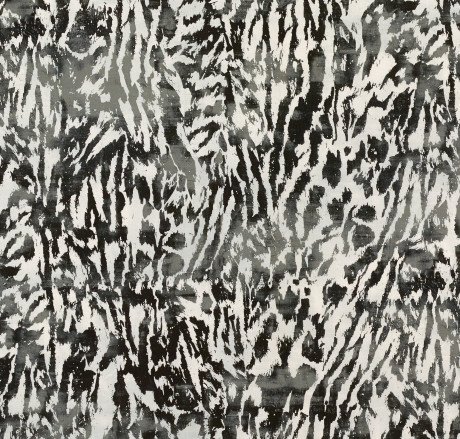 ask), can spruce up any room in the house. Someone who can take on this task with grace and make it appear as simple is Celerie Kemble. Cur­rently we are obsessing over her new line of fabric for Schu­macher, “Feline.” Offered in a myriad of hues ranging from neu­trals to bright red, “Feline” blends fun with func­tional. We feel that it suits her per­fectly. After all, she has admitted, “I have a big appetite for fun.” The pat­tern itself is open to inter­pre­ta­tion: Leopard,  Cheetah, Zebra? The world may never know. It pairs the bold­ness of an animal print with subtle color that makes it impos­sible to deny its ver­sa­tility. Pop of red in the living room? Navy for the study? Black in the office? We’ll take a bolt of each for all of the above, please! 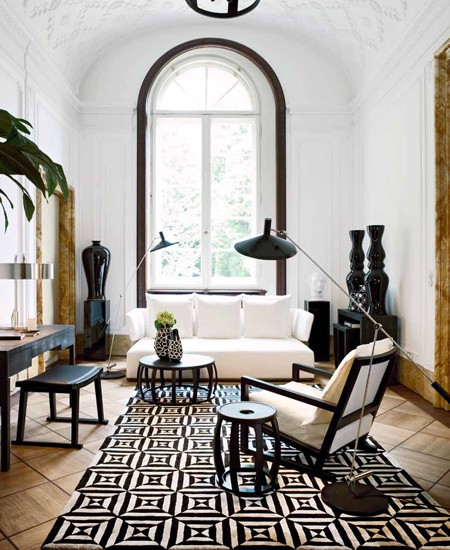 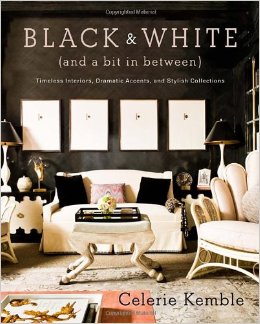 Book by Kemble, “Black & White (and a bit in between)”

As a Har­vard grad, Kemble learned a thing or two about man­aging a suc­cessful busi­ness, and, with influ­ences from her mother, she took the design world by storm. She is the author of two books and the owner of Kemble Inte­riors, nonethe­less still finding time to “live a life as tex­tured as the fabric swatches she’s sur­rounded by.” Kemble’s whimsy yet respectful restora­tion of fab­rics and inte­riors com­ple­ments many of the prod­ucts you see in our South Tampa shop and online - Clayton Gray Home - we just HAD to style a mock-​​up office, just to prove it to you. Given that it is a classic (not to men­tion it looks SO chic in an office set­ting) we choose to high­light a few of our black and white pieces to accom­pany Kemble’s black and white “Feline” pat­tern. Michael Boodro states that Kemble, “Incor­po­rates the serendip­i­tous and the sen­ti­mental without losing clarity or strength,” all things that we would love to have in an office. Clarity for achieving your everyday tasks, strength to embody the power you have while working, and sen­ti­men­tality to remind you of why you’re doing it all. We know you’re thinking that there is no way you could get all of that from just a fabric, but that is exactly how Celerie Kemble works her magic.

The Celerie Kemble “Feline” fabric for Schu­macher is a state­ment that will have people envying your house in no time flat. Made of 100% linen, the fabric has a light feel that can be dressed up or down depending on the ele­gance you want to achieve in a cer­tain room. Add it to your to-​​do list to reuphol­ster a pillow or two, maybe even a chair, some drapes? We know we already have! 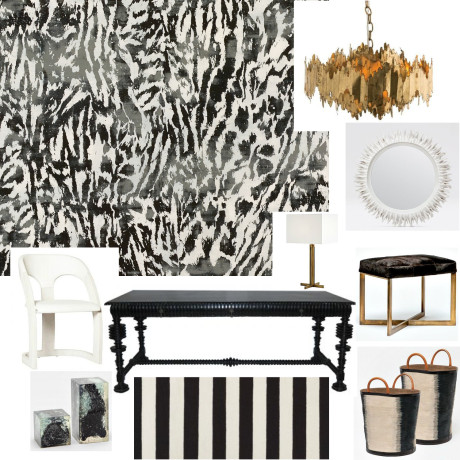