The 2013 Rock­e­feller Tree has arrived!!!  There is some­thing about this won­derful day that makes one realize the hol­i­days are approaching…and quickly! 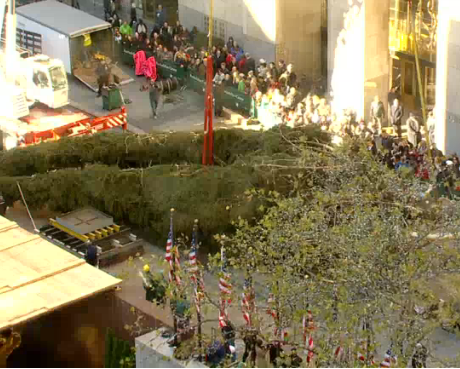 The 76-​​foot Norway Spruce will take a month of dec­o­rating before all 45,000 LED lights will shine, shine, shine.  This is the second year Shelton, Con­necticut, has pro­vided New York City with their Rock­e­feller Tree.

Here’s how it all started:  During the Depression-​​era, after con­struc­tion workers cleared the area to build Rock­e­feller Center — they brought in their own 20-​​foot tree dec­o­rated of cran­ber­ries, tin cans and paper gar­land.  This was not just a “Christmas Tree” it sym­bol­ized beauty and hope for the years to come in a time of dis­parity for most.  And so the tra­di­tion began (skipped in 1932 due to con­struc­tion) it was erected once again in 1933 and every year since.

After being tele­vised in 1951, people around the world now enjoy this tra­di­tion and how sym­bolic it is for unity and true hol­iday spirit.

In 2004, German artist Michael Ham­mers, designed the Swarovski Star Tree Topper.  With a diam­eter of 9.5 feet and weighing in at 500 lbs, it is quite the site to see all the way from the base about 80 feet below. 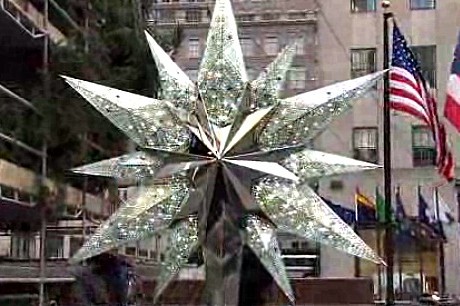